Here's what BJJ will NOT do for you 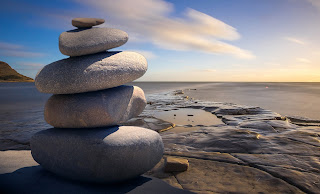 It's always been my dream to open up my own gym.  I'm not in a position to do it just yet, but that doesn't stop me from researching, planning, dreaming, etc.  Every once in awhile I look at BJJ school websites to get an Idea what I want mine to look like someday.

Number one, some of the best gyms I've trained at have had the worst websites.  Barely more than some contact info and a little about the instructor.  The schedule pages were often outdated or broken.  Some websites don't even give you enough info to be able to find the gym.

Some of these guys are top notch instructors, but a lot of people out there will never know it because they take one look of the website and figure that a second rate website equals second rate instruction.

There are also plenty of professional looking websites out there put up by less than professional instructors.  You obviously can't judge an instructor by his website any more than you can judge  a book by it's cover.  That's why I always like to try out all the BJJ schools when I move to a new area before I decide where I want to train long term.

One of the things I've noticed with the snazzier looking websites out there is that they all tend to make similar claims as to the benefits of their particular school and/or martial art.  These claims include but are not limited to:

In short, you will not only learn BJJ.  Their program will turn you into a Zen Buddhist master with a 4.0 GPA, and 6-pack abs while curing everything from baldness to cancer!

Unfortunately it's just not true.  I'm here to tell you that while I've met folks who've made incredible transformations after taking up Jiu Jitsu, I've also met some overweight, and/or out of shape BJJ black belts along the way as well.

Yes, BJJ can help you lose weight.  But it can't do it for you.  If beginning your Jiu Jitsu journey motivates you to make some tweaks to your dietary regimen, then you may find the numbers on your bathroom scale moving in the right direction.  But if you keep on eating Twinkies for breakfast, lunch, and dinner (and second dinner, and second lunch, etc.) then you're probably going to be disappointed.  They say you just can't out exercise a bad diet.  Turns out you can't out Jiu-Jitsu a bad diet either.

Same thing goes for just about every other benefit on that list.  There are folks out there that embody everything on that list, and they're awesome at Jiu Jitsu.  But correlation does not prove causation.  Again, consider the fat, out of shape black belt who will still mop the floor with you come sparring time.

A BJJ school is a wonderful laboratory for working on those traits.  But you have to make a conscious effort.  It doesn't magically just happen because you come to class.  And any website or marketing that advertises otherwise is... well... quite frankly it's false advertising in my opinion.

If you're thinking about starting BJJ, don't do it for all of the supposed benefits you see on all of those websites out there.  Do it because BJJ is fun!  It's physical chess.  It's a way to test yourself against another human being.  It's a real life video game where brains really can defeat brawn.  Where leverage beats strength, timing beats speed, precision beats power, and hard work beats talent.  The more you play, the better you get.  You get good enough, and you can defeat giants!

If that sounds good to you, then play Jiu Jitsu for Jiu Jitsu's sake.  Maybe it'll motivate you to pick up some of those other benefits along the way.  Maybe it won't.  But I for one think it'll be worth it either way.