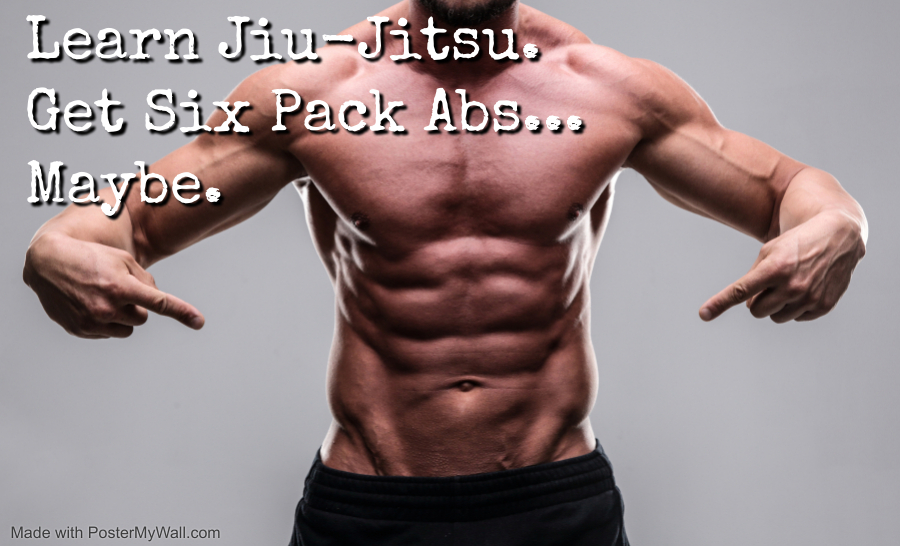 Okay, BJJ alone won’t magically give you six pack abs. But if you’re looking to lose a few pounds heading into the summer there are no two ways about it… It all comes down to calories in vs. calories out. And when it comes right down to it, that means two things.

Or in other words, diet and exercise.

Now before the keyboard warriors and fitness know-it-alls get all up in arms, allow me to acknowledge all of your arguments up front (or at least a few of them). I understand that:

But dietary debates aside, if you’re really serious about the battle of the bulge, you’re going to want to attack it from both sides. That means exercising. And that’s what I want to talk about today.

Now I’m not one to read long boring scientific studies. And you can say what you want about the CDC, but my own experience has shown this to work pretty well over the years. If I can stick to 30 minutes of long slow cardio a day, five days a week, it gets me looking and feeling a hell of a lot better.

If I can ramp those workouts without injuring myself, I can cut down the number of workouts I need per week to around three. Of course this is all assuming I’m eating like an adult, and not like an unsupervised 5 year old locked in a candy store.

Maybe I’ll make an Eat-Like-An-Adult post in the future… but for now let’s keep this one focused on exercise.

Now I don’t know how accurate this is, but if you’re looking for the biggest bang for the buck activity, here’s a breakdown of calories burned per hour according to the MyFitnessPal app on my iPhone.

Of course none of that matters if you can’t stick to your exercise program. If you burn a million calories per hour, but the activity is so boring that you never do it, then it doesn’t do you much good.

At your average BJJ school, around the last 30 minutes of every class is dedicated to sparring. At 1070 calories per hour, I feel like this qualifies as vigorous according to the CDC’s standards. Come to class three or more times per week and you’ll meet that CDC recommendation of 75 minute pretty easily.

There are a lot of people out there who slog it out on the treadmill seven days per week. Some actually enjoy doing it. But I’d bet most don’t. They hate every second of it. They do it because they like the results.

Fortunately BJJ doesn’t feel like exercise. It feels like a game. Because that’s exactly what it is. It’s just a big, physical game that practitioners love to play. And in my humble opinion, that beats the heck out of a hamster wheel!

And who knows? You maybe you’ll

If you’re ever in the Oak Harbor area and want to play a game that burns a ton of calories, then feel free to stop by Big Mike’s BJJ and check us out.

Take care, and I hope to see you on the mats!

Back to Table of Contents